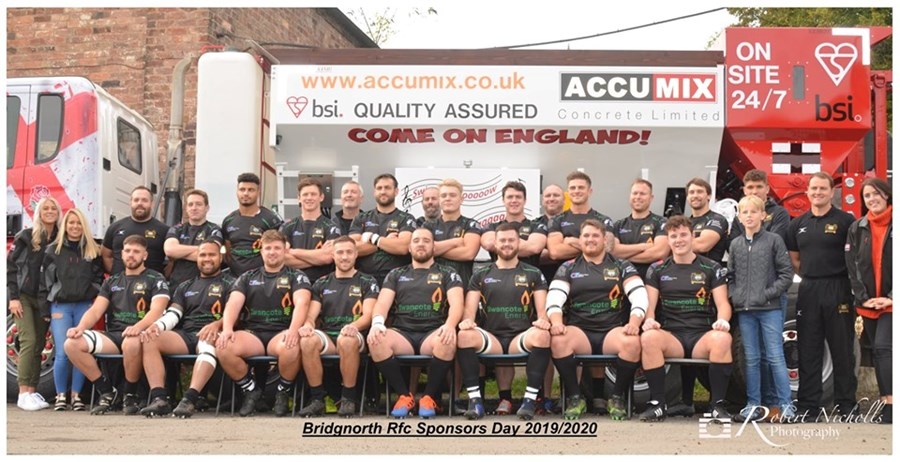 Another successful campaign for the Bridgnorth 1XV in the Midlands Premier.

Bridgnorth achieved an excellent final league position of 4th which is the highest the club has ever finished but who knows how high the club could of finished if the season had been fully played out.

It was Cal Maddens first official year of being club captain but he unfortunately sustained a hand injury which took him out of action for a number of weeks followed by a serious back injury whilst skiing (argh my back) but managed to survive to continue leading the team after his recovery. It had been quite an injury hit season for the whole team with a number of players out for a period of time leading to players regularly having to play out of position, 3 forwards on the bench, 5 props in a team and George Cave propping with lifting blocks on!
Whilst the season never fully finished, Bridgnorth managed to put together a 12 game unbeaten streak which included some great wins. Looking back on that run there were a few stand out wins:
2 great victories against local rivals Newport in November. First was a 24-13 win at the show ground with Cavey getting a late bonus point try in the game by stealing a Newport catch and drive like pulling a rabbit from a hat (or pulling a burger from a McDonalds bag) to crash over sealing the 5pts. This was then followed 3 weeks later with a North Mids Cup round on the EDG which was a very tight affair with Bish diving over in the last play of the game to secure a 22-20 victory. Other highlights were wins against teams such as Sandbach away in December which was Reece Broughtons first game and who dictated the play to perfection but the highlight was the bonus point being achieved from a perfect pass from Jimmy Gore straight into Gouleys hands who ran in from 40m.

Overall the season was a great success and it was great to see a few players hit club milestones like Llew Williams (♠️??) and Elliot Brooks (?) leading the team out on their 100th 1XV appearances. Also other players in Charley Wright, Jake Goulson and Will Bishop making this 50th 1XV appearances.  

We are all looking forward to playing again next season whenever that comes around again and the team is already excited to run back out again onto the field of dreams (EDG).

Awards:
Captains Player: Jonah Boyce, for leading the team from the front whilst Calum was injured and continued his bulldozing runs that were even a social media hit.
Player of the Year: George Newman, an excellent first season for Bridgnorth since arriving from the hill, a stand out performer with his devastating bowing ball carrying and top try scoring. George was a very versatile playing hooker and both prop positions but wouldn’t look out of place in the centres.
Young Player of the Year: Marley a home grown Bridgnorth player had his first few 1XV games last year but has made a big impact this season, whilst learning not to throw every ball out the back of his hand, he grew game on game to score some fantastic sole tries and has a very exciting future ahead.